Between Monday 2nd and Friday 5th of July 2019 the KMA NMSC conducted testing of their new geostationary weather satellite GEO-KOMPSAT-2A (GK-2A). This post is a summary of the testing carried out during this period, as well as some observations regarding new data types and formats.

Around 9:50 AM KST the COMS-1 L-Band transponder was switched off to make way for the GK-2A LRIT and HRIT carriers. Initially only a strong Command and Data Acquisition Station (CDAS) carrier containing raw sensor data from GK-2A was visible.

GK-2A L-Band testing has begun! COMS-1 LRIT/HRIT carriers and their transponder are now off.
GK-2A CDAS carrier is booming in. pic.twitter.com/q1DWbhZ8Fv

LRIT and HRIT carriers containing processed GK-2A data appeared later in the day. HRIT was running at the usual 3 Mbps (3 MSps QPSK), but the data rate of LRIT had increased to 256 kbps (512 kSps BPSK). This faster data rate is what COMS-1 LRIT used before it was reduced to 64 kbps (128 kSps BPSK) in late March.

We got our first look at GK-2A LRIT and HRIT carriers this afternoon. LRIT is back up to 512 kSps (256 kbps). https://t.co/Z3FbIHu9if pic.twitter.com/emZrPOhELl

COMS-1 L-Band service is back after GK-2A testing completed just a few minutes ago.
COMS-1 transponder could be seen starting up, followed by LRIT and HRIT carriers. pic.twitter.com/CTzPvZqybZ

Only minor protocol changes were seen during the testing period. Most notably, all sensor wavelengths were combined into a single virtual channel (VCID 0) rather than each wavelength having its own VCID.

The observation interval of Full Disk images was drastically reduced from 3 hours to 10 minutes, allowing smooth animations to be created. No other image types such as COMS-1 Enhanced Northern Hemisphere were seen during the testing period.

All GK-2A test data was encrypted in the same way COMS-1 is, except using a different key. Thankfully this key was from the same key table used by COMS-1. See this blog post for a detailed look at the key table file and decryption process:

Normal COMS-1 operation has been restored and will continue to operate until GK-2A is officially brought online later this year.

First Full Disk image from GK-2A LRIT using COMS-1 keys for decryption!
Images are being downlinked every 10 minutes, a huge improvement over the 3 hour interval of COMS-1. pic.twitter.com/plkWmKZd8s 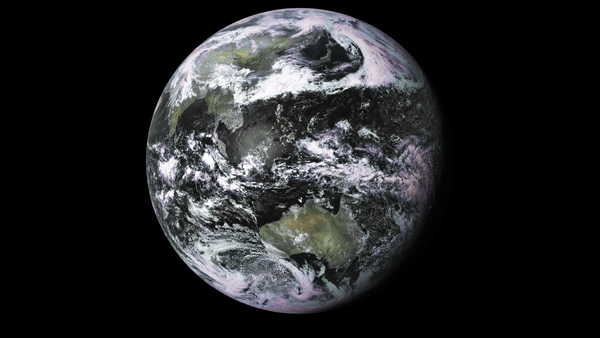 GEO-KOMPSAT-2A (GK-2A) is a geostationary weather satellite operated by the National Meteorological Satellite Center of the Korea Meteorological Administration. It is positioned over the equator at 128.2°E longitude which is visible from Australia, New Zealand, Southeast Asia, Japan, Korea, China, India and Eastern Russia. Near real-time meteorological data

The Pmod Standard developed by Digilent is a peripheral protocol, interconnect and form-factor guideline supported by various FPGA and microcontroller development boards. Digilent manufacture a wide variety of modules which conform to the Pmod standard. Some development boards which support the standard are listed below. Board FPGA Price Purchase MuseLab

Since its commissioning on July 25th 2019, GEO-KOMPSAT-2A (GK-2A) has been downlinking Full Disk images every 10 minutes over LRIT and HRIT. Unfortunately the LRIT downlink only transmits a single Infrared channel called IR105 (10.4μm) due to bandwidth constraints. This means false colour imagery cannot be created using data